A frog who hates the water and jumping wishes that he could be like the other animals in the Amazon rainforest.

War of the Worlds: Goliath

War of the Worlds: Goliath

Fifteen years have passed since the Martians’ first failed invasion of Earth. The year is 1914, and at the eve of World War I, Mars launches a sudden and more devastating second attack. A small defense force, A.R.E.S., is Earth’s only hope. The giant A.R.E.S. battle tripod GOLIATH is called up to war, and its young multinational crew must face their fears in their struggle to save Humanity from the alien invaders. 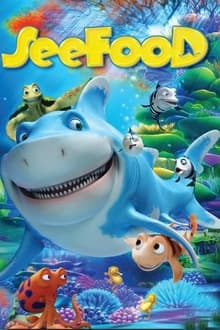 Pup, a bamboo shark, discovers egg sacs while playing around the ocean with his friends. When he sees human poachers stealing the eggs from his reef, Pup makes it his mission to save his family. As he leaves the sea and enters the beautiful, yet dangerous, world of humans he’ll prove he isn’t too small to save his family. Written by Elizabeth Obermeier, Marketing Manager