Blood Child is horror thriller based on a true story. Bill and Ashely DiAngelo seem to have it all, an overseas posting to Singapore, life in paradise and a new baby on the way. But tragedy strikes when she loses the baby and sinks into a deep depression. Unbeknownst to Bill, Ashley decides that the only way for her to “be” with her miscarried child is to dabble in the South East Asian occult practice of raising her own “ghost child”. She seeks the help of her Indonesian maid, Siti, tasking her to find a bomoh (witch doctor) who knows how to trap the spirit of unborn dead fetuses. Siti tries to dissuade Ashley from resorting to such dark magic but to no avail. In the meantime, in an effort to put the tragic events of the miscarriage behind them, Bill decides that it would be good for the couple to return home to Minnesota to start their lives over. Several months after their return to the US, Ashley and Bill are surprised to find themselves pregnant again…. 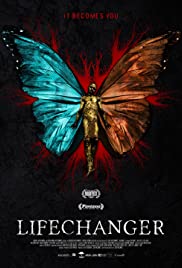 A murderous shapeshifter sets out on a blood-soaked mission to make things right with the woman he loves.